Connect with us on:

Ever wonder why some towns people just flock to?  I believe it is the beauty of its historic architecture that creates its charm. We all still long for the nostalgia of bygone eras…the familiarity with the past that creates a warm, fuzzy feeling all too lost in today’s high-tech world.

Delray Beach, Florida, the “Village by the Sea”,  is one of those towns. It has all the charm one could want in its historic neighborhoods and downtown. Our community has a prolific and varied architectural history beginning from the late 19th Century to the present that includes a varied array of architectural designs and influences. The following are some of the charming styles to be found:

Frame Vernacular refers to a simple wood frame building often built by the owner with no formal construction experience who used local building materials and simple craftsman techniques. Horizontal weatherboard or wood shingles are the most common exterior wall materials. The roofs are either gabled or hipped with one story front porches. The ornamentation is limited to corner boards, porch columns, brackets and rafter tails.

Frame Vernacular with weather board siding and gable roof

Mission Revival began in California and fit into our warm climate in Florida. It originally was influenced by the mission chapels that had thick, white stucco walls, red clay roofs and bell towers. The facades were very simple, devoid of ornamental detail. The wide overhanging eaves, decorative brackets. arched doorways and stepped parapets were usually the only decoration. 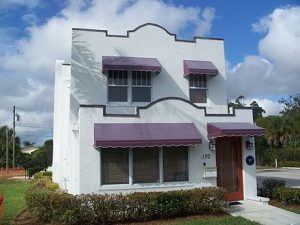 Mediterranean Revival,peaking in popularity in the 1920’s and 1930’s, is a design style that evokes an Old World image.  Decorative columns, clay barrel tile roofs, arched windows and rough stucco walls are distinctive of this style.  It is a whimsical combination of Spanish Renaissance, Spanish Colonial and Italian Renaissance often characterized by dramatic entry ways with large, heavy doors and intricate stone carved surrounds. 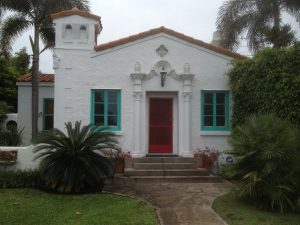 Minimal Traditional is a style of architecture that evolved in the 1930’s as a descendent of the bungalow and cottages of previous eras. It represents a much simpler version, smaller in scale that could be mass produced. It often gets overlooked as a non- style because it lacks detailing and ornament but it a historic reminder of the homes built during the Great Depression and after the war. Typical features include a hipped or gabled roof, small porches and often the front door set off center. The exterior could be stucco, stone wood or brick. 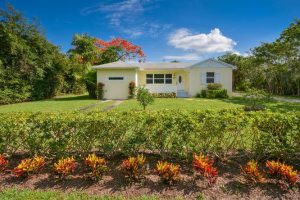 Monterey Colonial is a delightful mix of Spanish, English and French all at once. You have probably seen it and wondered what it is. The most familiar type was built in the 1930’s to 1950’s. Originally, they were built with stucco exteriors but have grown to include brick, board and batten or clapboard siding. The distinctive characteristic of this style is the second -floor balcony. The signature balcony is often small over the front door with French doors. Variations of the balcony changed over time to include large covered balconies on the second floor often with wrought iron rails and supported by brackets or columns. 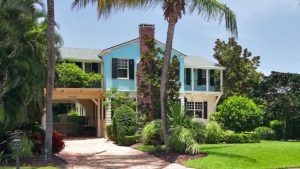 First and foremost, we believe in keeping a client’s taste and personality a priority, while creating a comfortable but unique environment. Spaces should be exciting and dramatic but at the same time easy to live with.

Of utmost importance is service and quality, making sure you have a satisfied customer.